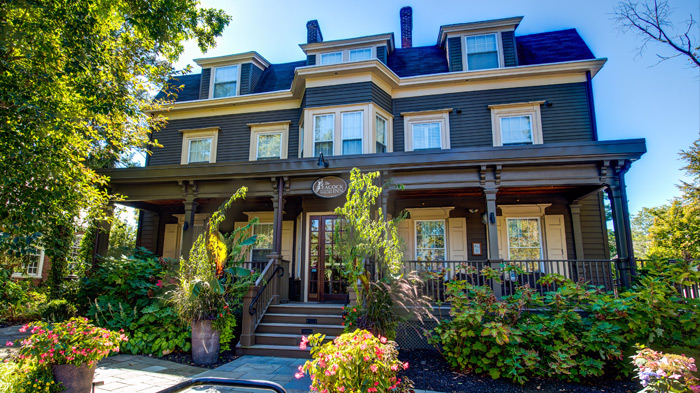 The Peacock Inn is a 16-room luxury boutique hotel and fine dining restaurant located in downtown Princeton, New Jersey. Originally constructed in the late 1700s as a colonial style mansion and relocated to its current location in 1875, The Peacock Inn has been operating at this location since 1911. During its time, The Peacock Inn hosted Albert Einstein for 10 days while construction of his Princeton home was being finished. It is also believed that the basement area of The Peacock Inn, now known as “Peacock Alley”, a unique private dining space featuring hand-painted murals of downtown Princeton and Princeton University, was used as a Prohibition-era speakeasy. More recently, The Peacock Inn has played host to professors and political dignitaries visiting Princeton University as well as CEOs, diplomats, actors, entertainers, and even a Broadway producer!